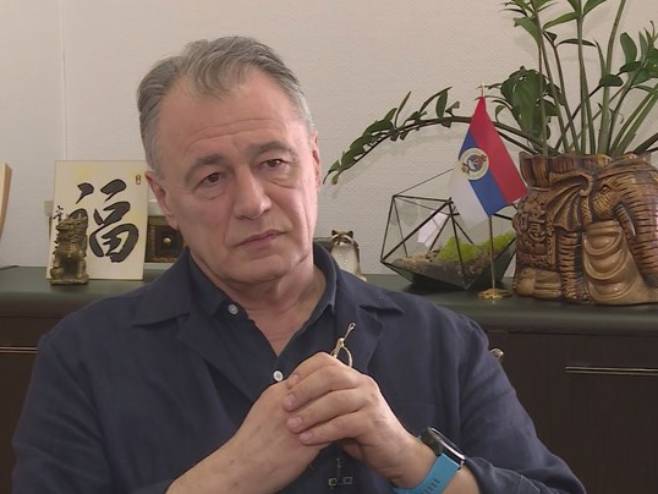 The Republic of Srpska chooses Russian vaccine and gas, and plans to gasify its entire territory as part of the implementation of the Balkan Stream project, said the Head of Srpska’s Representative Office in Russia, Duško Perović.

Perović remarked that relations between the Russian Federation and the Republic of Srpska were excellent, that Srpska was loved in Russia.

- However, not all planned projects are successful in being seen through. I think that the best confirmation of mutual love and respect would be the formation and development of long-term joint projects of mutual benefit - Perović said for Russian Gazette.

Speaking about the coronavirus vaccination, Perović emphasized that high regard for Russian science prevailed in the Republic of Srpska.

He stated that specialists from Srpska had received all the necessary documentation from the Gamaleya National Research Center of Epidemiology and Microbiology and that they had studied it well.

Perović noted that in September 2020 he started negotiations with the Russian Direct Investment Fund, that in October of the same year framework agreement was signed for the purchase of 1.2 million doses of the Sputnik V vaccine, and that agreement for 200,000 doses of certain series was signed in late January.

- We have paid the advance. However, unfortunately, the delivery has not been completed yet. There are obviously some objective difficulties - he added.

Perović emphasized that the Republic of Srpska was counting heavily on this Russian medicine.

- At the end of February and in the first half of March, we expect completion of the first agreed vaccine shipment. However, our application for a million doses of sputnik vaccines stands - Perović added.

As for Russian gas, Perović reminded that there was an agreement on founding a joint venture between Gazprom SPG Technology and Gas Res in Zvornik, which would be the first production plant in Southeast Europe.

- We plan to take most active part in the construction of the Balkan Stream gas pipeline, which is an extension of the Turkish Stream. We are agreeing on the details with the company Srbijagas, which should build the section up to Bijeljina, and we will extend the gas pipeline further up to Prijedor on our territory, by 348 kilometers - he said.

Perović noted that there was a project for construction of two gas-fueled power stations.

- The second stage of Republic of Srpska gasification is planned to connect Banja Luka and other cities - he added.

Perović emphasized that interest in learning the Russian language was growing in the Republic of Srpska, and that Russian citizens were attracted to Srpska with its favorable prices, excellent food and climate.

- The main obstacle is the lack of a direct flight between the Russian Federation and the Republic of Srpska. Unfortunately, the situation with the coronavirus pandemic also had adverse effect on our plans in that area. We have started negotiations with two airlines on at least one to two flights a week - he stated.

He reminded that in October 2019, a successful tour of the Republic of Srpska was organized for Russian journalists, who then introduced the sights of Srpska to Russian readers through their texts.

Perović announced that there was an idea to organize a similar tour for representatives of major Russian travel agencies.

Perović confirmed that he would support the idea of founding an organization in honor of Sava Vladislavić Raguzinsky - originally from Herzegovina, a respected diplomat and associate of Russian Tsar Peter I. The organization’s executive and management board would include noted public and political figures from the Russian Federation and the Republic of Srpska.

- I like that idea. I think that formation of such an organization or fund would be very useful, it would contribute to the establishment of a better mutual understanding between Russia and the Republic of Srpska. I will fully support that project - he added.