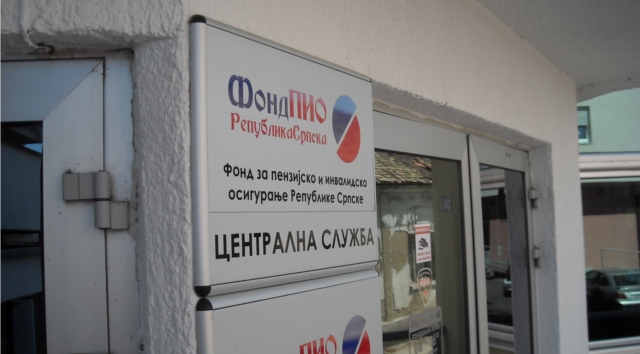 Starting from next year, more than 1,500 beneficiaries of the Pension and Disability Insurance Fund /PIO/ of the Republic of Srpska living in Austria and about 7,500 beneficiaries of the Austrian Pension Fund living in Srpska will need not submit life certificates directly at the end of the year in order to continue receiving regular pension payments, foresees the agreement between these two funds, which is being prepared.

The PIO Fund Srpska announced that technical part of the agreement on electronic data exchange was currently being prepared, to be signed after completion of testing in early 2023 to the satisfaction of more than 9,000 beneficiaries of these two funds, and the funds themselves.

During his recent visit to the Austrian Pension Fund in Vienna, the Director of the Republic of Srpska PIO Fund, Mladen Milić, spoke with the Head of Srpska’s Representative Office in Austria, Mladen Filipović.

At the meeting in the Representation in Vienna, they discussed continuation of cooperation between the PIO Fund of the Republic of Srpska and the Austrian Pension Fund on simplifying and facilitating the procedure for exercising the rights of citizens of Srpska who are temporarily employed in Austria.

‘The PIO Fund of the Republic of Srpska informs the insured persons who were insured with this fund in the previous period, and are now insured with the Austrian Fund, that these two funds have reached an agreement regarding the date of submission of the application for recognition of the right to old-age pension’, reads the statement.

The agreement, which was negotiated with the support of the Republic of Srpska Representation in Austria, has removed certain difficulties that existed in the process of exercising the right to old-age pension for citizens of Srpska who spent part of their working life in Austria.

The meeting also discussed organization of a visit by a representative of the Austrian Pension Fund to the Republic of Srpska, to take place at the beginning of next year, regarding further improvement of the operations of these two funds, primarily the electronic exchange of data on the delivery of life certificates and the use of Srpska’s spa and recreational facilities by the insured with the Austrian Pension Fund originating from these areas.