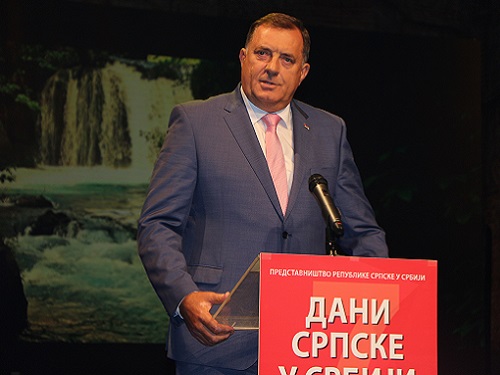 The manifestation "Days of Srpska in Serbia", which was held this year instead of in cities all over Serbia in the form of collage TV shows due to the corona virus epidemic, ended tonight with a show dedicated to cooperation between Serbia and Republika Srpska in the field of culture and education.

During six evenings, from October 9 to 14, RTS, RTRS and about 40 regional and local televisions in Serbia showed shows that dealt with the institutional, economic, as well as cooperation between Serbia and Srpska in science, information technologies and higher education.

The shows of this event, organized by the Republika Srpska Representation in Serbia, were dedicated to cooperation between cities and municipalities, as well as cooperation in tourism, culture, education, art and education, and the messages were sent by officials of Srpska and Serbia.

Talks in the studio were held with the Minister of European Integration and Regional Cooperation of the Republic of Srpska, Zlatan Klokić, and the Head of the Representation of Srpska in Serbia, Mladjen Cicović.

In the second collage show on October 10, which was dedicated to economic cooperation, viewers could see the greetings of the Prime Ministers of the Republic of Srpska Radovan Viskovic and Serbia Ana Brnabic, and the guests were the Ministers of Agriculture of Srpska Boris Pasalic and Serbia Branislav Nedimovic and Goran Racic from Banja Luka Chamber of Commerce.

In the third show, on October 11, dedicated to scientific and technical cooperation, the Minister of Scientific and Technological Development, Higher Education and Information Society of the Republic of Srpska, Srdjan Rajcevic, and the Minister of Education, Science and Technological Development of Serbia, Mladen Sarcevic, spoke.

The fourth show, on October 12, dealt with the cooperation of cities and municipalities, and the guests were the Deputy Mayor of Belgrade Goran Vesić, the Mayor of Novi Sad Miloš Vučević, the Mayor of Banja Luka Igor Radojičić, and the President of the Association of Cities and Municipalities of Republika Srpska Ljubiša Ćosić.

On the fifth day of the event, October 13, a show dedicated to tourism was shown, in which the Minister of Trade and Tourism of the Republic of Srpska Suzana Gasic, Director of the Tourist Organization of Srpska Nada Jovanovic, Branislav Knezevic from the Tourist Organization of Novi Sad spoke, and the Secretary of State for Tourism of Trade, Tourism and Telecommunications of Serbia Miroslav Knezevic.

On the last, sixth day of the event, the Minister of Education and Culture of the Republic of Srpska Natalija Trivić, the director of the National Theater of Banja Luka Maja Dodig, the actor Ljubo Božović participated, and the messages were sent by the director of the Belgrade Philharmonic Ivan Tasovac and the president of the Matica Srpska Dragan Stanić. Serbian Nedeljko Cubrilovic.

Economy, culture, science, tourism and sports of the Republic of Srpska are presented through interesting sections "Cooperation between Srpska and Serbia", "From one side of the Drina to the other", "Experience Srpska", "Ours is better", "It's time for the theater", "Young Heroes" and "Did You Know About Serbia?"

The executive production of all six collage TV shows of the "Days of Srpska in Serbia" event has been entrusted to RTRS, with the creative support of ETM production.

The manifestation "Days of Srpska in Serbia" started in 2013 with three programs in one city, Belgrade, and last year it had 23 programs in 26 performances in the cities of Serbia from Subotica to Vranje, from Vrsac to Uzice. 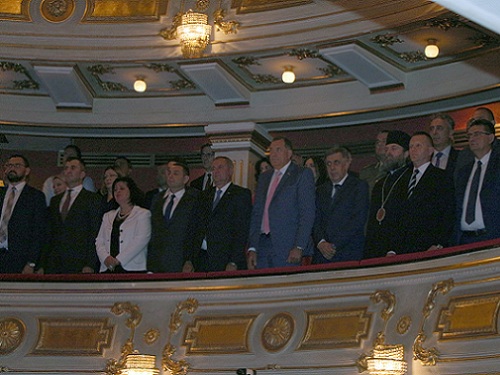