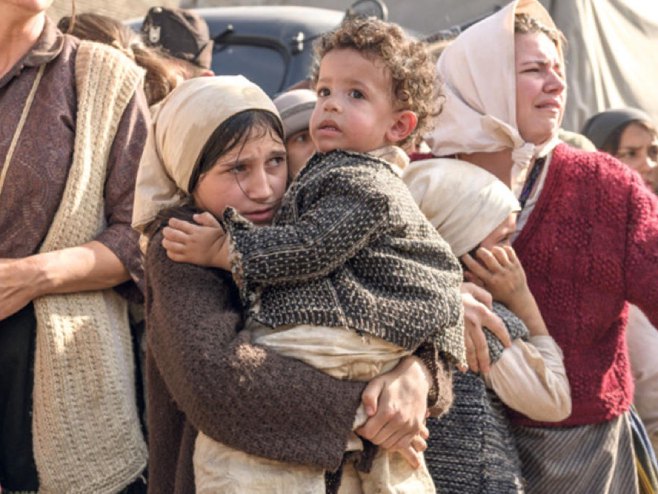 The film Dara of Jasenovac, directed by Predrag Antonijević, had exclusive TV premiere on the Radio Television of the Republic of Srpska on Saturday.

Filmed on the basis of authentic testimonies of survivors of the camp, the film Dara of Jasenovac is the first feature film on the topic of the Croatian Ustasha camp Jasenovac in the Second World War. This drama looks back to the period of the Second World War, when after the great Ustasha-German offensive on Kozara, the local population ended up en masse in this concentration camp.

Lead actors in this great work include Anja Ilić and Zlatan Vidović, playing the roles of little Dara’s parents. Several other actors from the Republic of Srpska star in this film – Želјko Erkić, Slobodan Perišić, Goran Jokić, Dragoslav Medojević, Sandra Ljubojević and Nikolina Friganović. The first part of the film was shot on location in the village of Kolut, near Sombor, where an old brickyard with the administrative building was turned into the infamous Jasenovac camp for the needs of the shooting, and the second part was shot on locations in Bela Crkva. The production designer was Goran Joksimović.