CICOVIĆ: SERBIAN PEOPLE TO FUNCTION IN A SINGLE ETHNIC SPACE 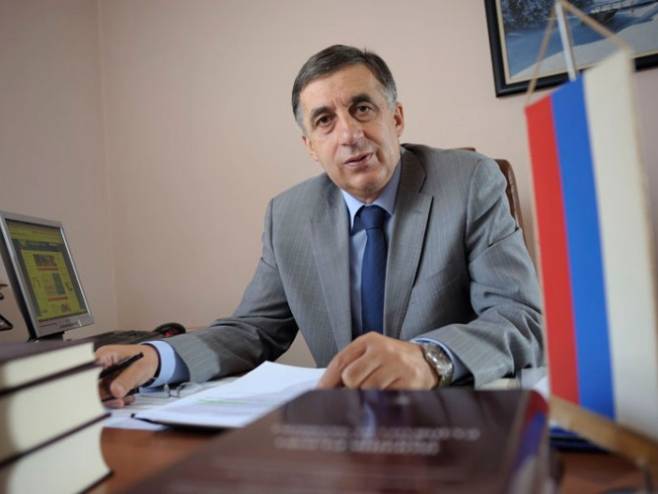 Relations between Serbia and Republic of Srpska are currently at the highest possible level and provide a realistic basis for pursuing a goal that will ensure that the Serbian people function in a single cultural and ethnic space, and freely inherit everything that characterizes it, said for Srna the director of the Representative Office of Srpska in Serbia, Mlađen Cicović.

Cicović, who attended the 21st Homeland Assembly – an event traditionally held in Selište, part of the settlement of Bukovac on the slopes of Fruška Gora – said that achieving this goal was not jeopardizing anyone, or disrupting the sovereignty of countries in the region, but rather it implied respect for all peoples living in the Balkans.

– At all meetings of the highest-level officials of Srpska and Serbia, clear messages can always be heard aimed at regional cooperation, as well as messages seeking implementation of regional projects. The future of the Serbian people is tied to the future of all other peoples in the region, but, naturally, we will never forget that we are one nation with a unique tradition, customs and culture – said Cicović.

According to him, the exceptional relations between Srpska and Serbia at this moment are characterized by large joint infrastructure and energy projects.

– Together we are building motorways, now also hydropower plants, and together we are working on gasification of the Republic of Srpska. And we need not waste words on Serbia’s assistance to Srpska. Simply, there is almost no municipality or city in Srpska in which Serbia has not financed some of the projects aimed at a better life of its inhabitants – Cicović emphasized.

Cicović noted that the Homeland Assembly in Bukovac was the best example of how to maintain a strong connection between the people who had settled permanently in Serbia and their homeland.

– The assembly shows how to properly maintain the connection with the homeland, and how to promote and affirm its values in the areas where our compatriots decided to live permanently – said Cicović.

He pointed out that it was particularly important that the Assembly gave a full and immeasurable contribution to the overall relations between Srpska and Serbia.

– Such gathering gives full contribution also to everything that stands for preserving the national identity, Serbian language and script, culture and tradition. Furthermore, it reminds the young generations of the values of the homeland brought here by their ancestors – said Cicović.

The Homeland Assembly event is organized with the aim of preserving the tradition and customs of the Serbian people, and it includes competitions in sports and knightly disciplines, throwing a stone from the shoulder, long jump, tug of war, mas-wrestling, varizanje, klisanje and krmanje.

Cultural and artistic societies, guslars, poets, singers, as well as ethno-groups participate in the cultural and entertainment part of the program.

The homeland assembly boasts also an attractive scytheman competition in scything the grass.

The event is organized by the Manjača Homeland Association from Bukovac and the Union of Krajina Associations from Novi Sad.

The Republic of Srpska Representative Office in Serbia has been supporting this event as its regular program activity for the last seven years.