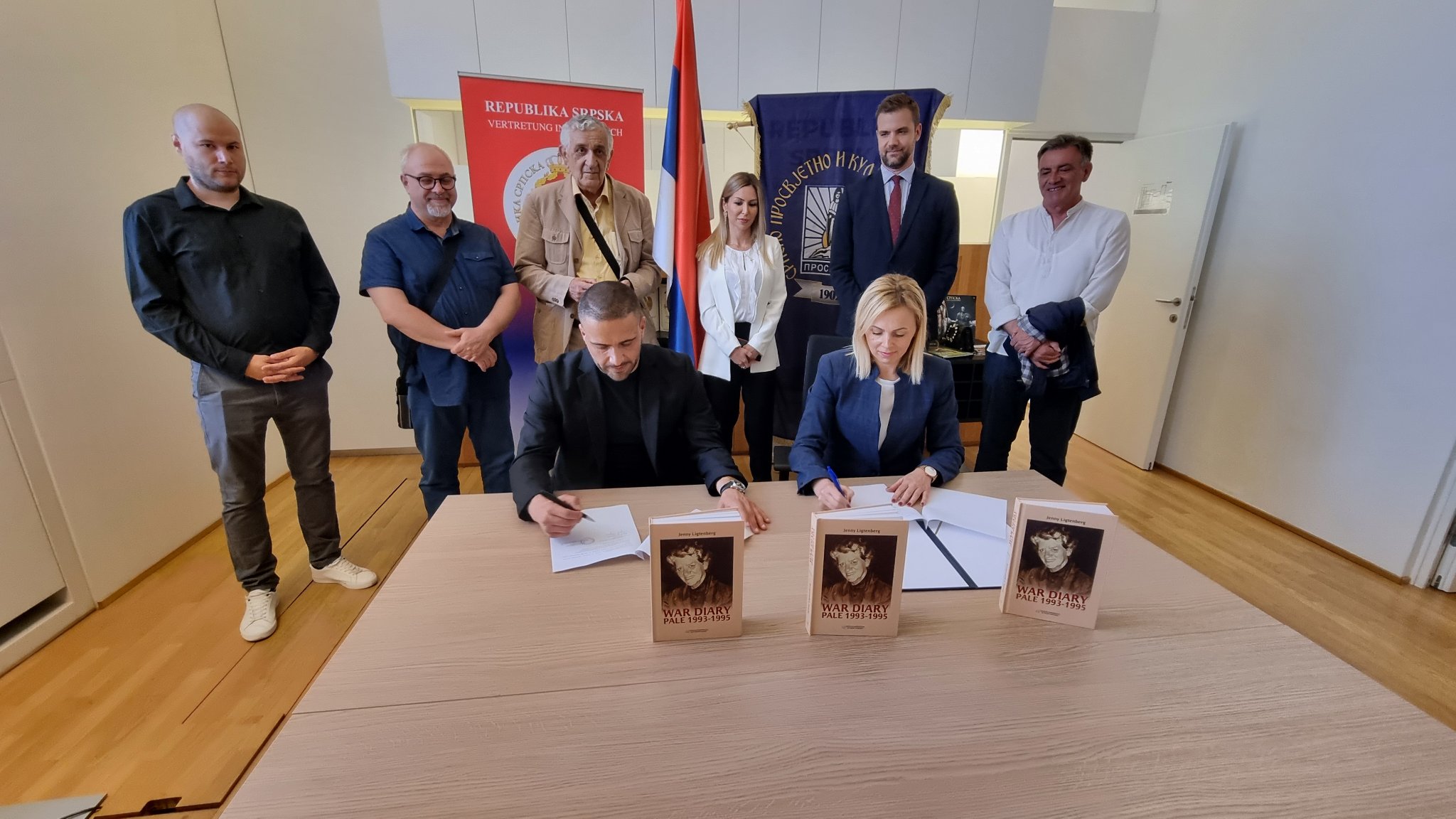 An agreement on cooperation between the Istočno Sarajevo Main Library and Serbian Cultural and Educational Society Prosvjeta Austria was signed yesterday in the premises of the Republic of Srpska Representative Office in Vienna.

The agreement signed by Nataša Kulašinac, the director of the Istočno Sarajevo Main Library, and Marko Sarić, the president of the Austrian Prosvjeta, was implemented with the support of the Republic of Srpska Representation in Austria, and the main goal to establish a successful cooperation on developing cultural activities and implementing joint projects.

The signing of the agreement took place on the eve of the Austrian premiere of the documentary Jeni – a Little Light from the West about Jeni Ligtenberg, a brave Dutchwoman on a humanitarian mission in Pale during the last war in BiH.