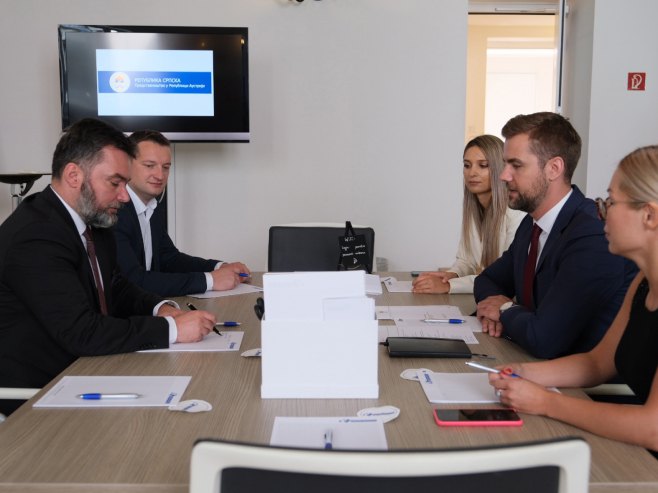 The Minister of Foreign Trade and Economic Relations in the Council of Ministers, Staša Košarac, noted that activities of the Republic of Srpska Representative Office in Vienna and their continuous efforts to promote Srpska’s economic, business and cultural potentials were recognizable, thus contributing to strengthening economic ties and increasing foreign trade between BiH and Austria.

Košarac expressed support to the cooperation of the Representation with local communities in the Republic of Srpska aimed at best possible presentation of local business capacities to the Austrian public, stated the Ministry of Foreign Trade and Economic Relations in the Council of Ministers.

The meeting discussed the formation and functioning of free zones in the Republic of Srpska and Federation of BiH.

Minister Košarac informed his interlocutor that many local communities in the Republic of Srpska were interested in opening free zones, whose efficient operation would contribute to improving the business environment and increasing competitiveness.

– Leaders in that sense are Trebinje, Istočno Sarajevo, Gradiška, Bijeljina and Prijedor with their capacities. I am encouraged by the willingness of these local communities to make additional efforts to attract foreign investors. Free zones are a development opportunity for the domestic economy and a driver of overall economic development – said the Minister.

He emphasized that local investors were mostly interested in investing in the metal and wood processing industry, as well as the IT sector.

It was highlighted at the meeting that Austria was a traditional and one of the most important foreign trade partners of BiH, and that it was necessary to strengthen overall cooperation in the coming period.